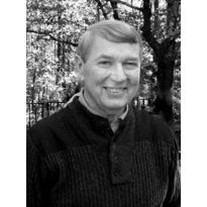 Asa William “Bill” Bennett was born in Washington, Georgia on February 27, 1942 and died at Emory Hospital in Atlanta on December 24, 2009. He was the son of the late Asa Monroe Bennett and Annie Leila Wells Bennett of Washington. He was the grandson of the late Mr. and Mrs. Nathan Robert Bennett of Washington and the late Mr. and Mrs. Thomas Corley Wells of Valdosta. He was a member and former senior warden of the Episcopal Church of the Mediator in Washington. Bill graduated Washington-Wilkes High School in 1960 where he participated in school clubs and academic organizations and was a member of the Tiger football team. He attended Oxford College of Emory University before transferring to the University of Georgia where he received a Bachelor degree in History in 1964. After teaching history at Oxford of Emory for two years, he returned to Washington-Wilkes to found the Bennett Implement Company and to farm. He was a member and served a term as President of the Georgia Farm Equipment Association. In 1985, he became a certified public accountant and established the CPA firm of Bennett, Davidson and Associates. He was a member of the American Association of Certified Public Accountants in addition to sitting on the Board of Directors for United Community Banks and Life of the South Insurance Company. Very active in community affairs, Bill was past Treasurer of the Washington-Wilkes Humane Shelter Association and the Washington-Wilkes Arts Foundation. He was a former member of the Mary Willis Library Board and Chairman of the North Alexander School Association. He is survived by his wife of forty-six years, Evelyn Coulter Bennett of Washington; a daughter, Katherine Elise Bennett of Columbus, Ohio; and two sisters, Joyce Bennett Crouch of Amherst, Massachusetts and Mary Ann Bennett Hawkins of Morrow, Georgia. Graveside services will be Tuesday, December 29th at 1:00 pm at Resthaven Cemetery in Washington, Georgia followed by a memorial service at the Episcopal Church of the Mediator at 2:00 pm. Honorary pallbearers are Marvin McAvoy, Pete Kopecky, Dave Olmstead, Jim Burton, and John Davidson of Washington; Carol Burt of St. Simons Island; Henry Mann of Atlanta; Jimmy Tallent and W. C. Nelson of Blairsville; and Butch Houston of Nashville, Georgia. The family will receive friends at the Episcopal Church Parish House after the memorial service. In lieu of flowers, memorials may be sent to Washington-Wilkes Humane Shelter Association, P. O. Box 121, Washington, GA 30673; North Alexander School Association, P. O. Box 922, Washington, GA 30673; or the Episcopal Church of the Mediator, P. O. Box 716, Washington, GA.

Asa William “Bill” Bennett was born in Washington, Georgia on February 27, 1942 and died at Emory Hospital in Atlanta on December 24, 2009. He was the son of the late Asa Monroe Bennett and Annie Leila Wells Bennett of Washington. He was the... View Obituary & Service Information

The family of Bill Bennett created this Life Tributes page to make it easy to share your memories.

Asa William “Bill” Bennett was born in Washington, Georgia on...

Send flowers to the Bennett family.