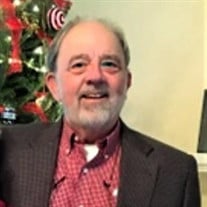 Dr. David Leon Toburen, 80, of Washington, entered into rest Tuesday morning, December 28, 2021, at his home with family at his side. Dave, as he was known by his family and friends, was born in, St. Paul, MN on March 4, 1941 to Leon Ray Toburen and Helene Borscherding Toburen. The family soon moved to first Studio City, CA and then settled in Burbank, CA. His father owned Toluca Lake Hardware on Riverside Dr. in Burbank. Dave attended John Burroughs High School and Whittier College where he graduated with a degree in sociology. Later he went on to receive his Doctorate in Educational Administration from the University of Georgia. After working for Inter-Varsity Christian Fellowship for a year in northern California, he joined the Navy as an Ensign. He trained in Newport, RI and at the Supply Corps School in Athens, GA. After a tour of duty in Charleston, SC, Dave did a tour of duty in Vietnam as the supply officer of a swift boat base in Mekong Delta. While at the Supply Corps School in Athens, he met a UGA co-ed, Laura Wickersham. After a courtship, long distance at times, they became engaged and married in Washington, GA on August 20, 1966. They recently celebrated their 55th wedding anniversary. Dave and Laura settled in Washington. After being asked by Superintendent Marshall Guill to take a temporary teaching position at the high school, Dave ended up teaching and administrating at Washington Wilkes Comprehensive High School for over 20 years. In 1975 he and Patricia Wilder were instrumental in acquiring federal funding for a Title XX Day Care Center for underserved children in the Lexington Avenue neighborhood. Dave also served as assistant to the Superintendent for several years before working at the CSRA RESA in Dearing and then at the National Science Center in Augusta as the technology director. He retired from education in 2007. Upon retirement, Dave with other community and church leaders established God’s Marketplace Incorporated, a non-profit thrift store and food pantry where he volunteered as director of GMI. Family was very important to Dave. He and Laura had two sons, David Leon, Jr. and Charles Wickersham. Dave is survived by his wife, Laura, and their sons, David (Josey) and Charlie (Kathryn); his beloved grandchildren, Nathan, Laura Kate Kranzlein (Harrison), Clara Rooks (Logan), Chase (Jamie), and Maggie; his sister, Leanne Dier. The family treasured the times they spent together, whether at the farm in Danburg or the holidays at St. Simons Island or family trips to Alaska, New York, Maine and Jackson Hole. Dave was active in the Washington First United Methodist Church. He held various positions in the church which included teaching adult Sunday School classes and youth leader in MYF. Dave was also active in the Georgia-Lina Walk to Emmaus, serving as community leader and leader of several “walks.” He also led a Bible study at Augusta Rescue Center on Monday nights for almost 10 years. Dave had a passion for antique cars and acquired several over the years. He joined others with this interest in Memory Lane Cruisers and together they held cruise-ins on the square as well as other events that promoted interest in and love of antique cars. During his retirement years, Dave developed a love for the tree farms in Danburg, named Goosenest, New Ford and Flat Rock. These tracts of land provided much opportunity for outdoor work, hunting and “tractor therapy.” He was happiest when he was overlooking his trees and his land. Dave was also a member of the Washington Kiwanis Club where he served as president and in later years, treasurer. He also served on the City Council of Washington. Dave was awarded Citizen of the Year and Volunteer of the Year by the Washington Chamber of Commerce. Dave Toburen is preceded in death by his parents, Leon and Helene Toburen. Memorial services will be at 11:00a.m. Saturday, January 8, 2022, at the Washington First United Methodist Church with Rev. Liza Marler officiating. Memorials may be made to God’s Marketplace, PO Box 518, Washington, GA 30673 and Augusta Rescue Mission, 526 Walker St., Augusta, GA 30901. .

Dr. David Leon Toburen, 80, of Washington, entered into rest Tuesday morning, December 28, 2021, at his home with family at his side. Dave, as he was known by his family and friends, was born in, St. Paul, MN on March 4, 1941 to Leon Ray Toburen... View Obituary & Service Information

The family of Dr. David Leon Toburen created this Life Tributes page to make it easy to share your memories.

Send flowers to the Toburen family.