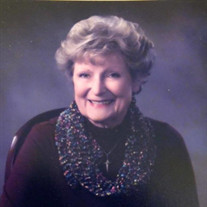 Diana Mills Blackburn, of Rayle, Georgia, died peacefully at her home, Kettle Creek Manor, on August 15, 2019, at the age of 87.     Diana was preceded in death her husband David Thomas Blackburn and one son, David Gregory (Greg) Blackburn.  She is survived by two sons, Stephen Blackburn (Jan) and Charles Blackburn (Preston); daughter-in-law, Cherrilane Blackburn; five granddaughters: Isabel and Emily Blackburn; Liza and Sarah Blackburn; and Anabelle Blackburn.  Diana was also preceded in death by her brother James T. Mills III; and is survived by two sisters, Hilde Tenison and Rosemary Coats (Jack).   One of four children to Dr. James T. (Ted) and Rosemary Mills, Diana was born in Grand Rapids, Michigan.  The family eventually moved to Dallas, Texas, where Dr. Mills established a plastic surgery medical practice following World War II.  Diana graduated from The Hockaday School in Dallas, attended college for two years at Smith College in Massachusetts and returned to Dallas to attend Southern Methodist University (SMU).  After attending classes at SMU, Diana spent some time in Los Angeles, California, before returning to Dallas where she met the love of her life David, when they both worked at the Starlite Operettas at Fair Park in Dallas.   She and David were married soon after meeting.  While David began his career in show productions and eventually working at Six Flags, Inc., Diana began building their family.  As a businesswoman, she followed a passion for needlework and operated a needlepoint / craftwork shop in the Dallas suburbs.  Pursuing a shared love of history, the South and rural living, Diana and David were led on a quixotic journey:  traveling throughout the antebellum South, when they had time, and finding their “dream home.”  They did, in Wilkes County, Georgia, where David and Diana purchased Kettle Creek Manor – a 200-year old brick house they stumbled upon in derelict shape and abandoned for 40 years – and they began the slow process managing its restoration, while still living in Dallas, Texas. In the summers, they would “vacation” in Georgia and work on Kettle Creek Manor. In August 1973, they finally moved with their three boys, in a restored Kettle Creek Manor, and immediately began to build a life around the history of the house, sharing it with anyone who was interested, while they simultaneously dove deeply into the surrounding community making Washington, Georgia / Wilkes County their home.   Diana particularly immersed herself in the community as a parent, small business owner, volunteer and a Sunday school teacher.  She always had a tremendous sense of humor that was never mocking or sarcastic.  After her children’s graduation from high school, and even following the death of her husband, Diana continued to spend her life dedicated to this community. She was as a devoted and compassionate friend to many, generous giver of her resources, easy to impart humble and grounded advice to family and friends alike, and an inspiration to her close-knit family and especially her five adoring granddaughters.   A service celebrating her life will be held on Saturday, September 7, 2019, at 1:00pm at First Baptist Church in Washington, Georgia.  A reception will follow at the Fitzpatrick Hotel on the Square in Washington.   In lieu of flowers, contributions may be made to a charity of your choice, your local church of worship or one the many local charities that Diana supported including Washington-Wilkes Animal Shelter and God’s Marketplace.

The family of Mrs. Diana M. Blackburn created this Life Tributes page to make it easy to share your memories.

Send flowers to the Blackburn family.