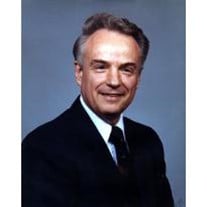 Mr. William Howard Wilkinson, Jr., 75, of Washington, died December 26, 2009. He was a native of Wilkes County, the son of the late W. H. and Gold House Wilkinson. Besides his parents, he was preceded in death by a son, Howard Wilkinson, III,... View Obituary & Service Information

The family of Howard Wilkinson created this Life Tributes page to make it easy to share your memories.

Send flowers to the Wilkinson family.