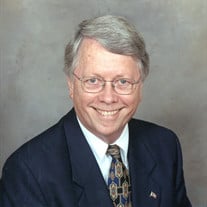 Mr. James Callaway “Jim” Burton, 75, passed away Wednesday, November 2, 2016, at the Georgia War Veterans Home in Augusta. Jim was born April 15, 1941, to Mary and W. L Burton of Washington, Ga., in the old Washington General Hospital. He graduated from Washington-Wilkes High School in 1959, and was President of his Senior Class. He was involved in several extracurricular activities, including the FFA Quartet, the band (French Horn), chorus, the Tiger Staff, Student Advisory Council, Beta Club, Key Club, Hi-Y, and the golf and football teams. He attended Ga Tech after high school, after being awarded a full scholarship by the United Sates Navy. He completed his B. S. in Industrial Management in four years. Afterwards, he attended Navy Supply Corp School in Athens, GA, and served as a Supply Officer on the USS Lexington and at Whiting Field Naval Air Station, Milton, FL for the next four years. In 1967 Jim returned to Washington and worked with his parents in the family business (Rees Hardware). After his father’s death in 1980, Jim purchased the business and continued to run the store thru December 1987. Jim ran for the office of Judge of Probate Court of Wilkes County in 1987 and was elected to that office. He maintained that office until he retired in December of 2008. Jim was very civic minded and was a past member of the Washington Lions Club, a member of Rotary Club for many years, the North Alexander School Association, the Little Theater, and was a past chairman of the local Chamber of Commerce. He was a member of the Washington First Baptist Church for most of his life. He was a member of the church choir from childhood thru his adult life, until he was no longer able to participate. He taught Sunday school, cooked for the Brotherhood breakfast meetings, was the Church Treasurer, and was an active deacon since he was 25 years old, often serving as Chairman of the Deacons. He was also chairman of the Nehemiah project to renovate the church. Jim certainly exhibited a servant’s heart. He was always welcoming to new comers, and volunteered to help with whatever was going on in town or at church-always with a big smile and hand shake. He loved Washington, its people, his church family and especially his friends and family. Jim is survived by his wife Jane Bridges Burton, of Washington. They were married in August of 1976. He has one son, James Callaway Burton, Jr. (Nikki); 3 grandsons, Callaway, Cole and Campbell, of Cleveland, TN; two brothers, Lawrence Burton (Sandy), and Allen Burton (Patricia), both of Washington, GA; one niece Julie B. Arora (Vishal)of Evans, Ga; and two nephews, Bonner Burton (Lindsay) of Gainesville, GA, and Adam Scarborough (Laura), San Antonio, TX. Funeral services will be 4:00pm Sunday, November 6, 2016, at the First Baptist Church with Rev. Preston Sanders and Rev. Kevin Madden officiating. Visitation will be on Sunday afternoon from 1:30-3:30pm at Hopkins Funeral Home. Pallbearers will be David Harris, Mercer Harris, Sparky Newsome, Ryan Burton, Marc Hammond, and Shane Denard. Memorial contributions may be made to the Washington-Wilkes Animal Shelter, 358 Brown Dr., Washington, GA 30673, to the Wills Memorial Hospital Foundation, PO Box 176, Washington, GA, to the Augusta Chapter of Wounded Warriors, or to the Georgia War Veterans Home, 1101 15th St., Augusta, GA 30901.

The family of Mr. James Callaway "Jim" Burton created this Life Tributes page to make it easy to share your memories.

Send flowers to the Burton family.