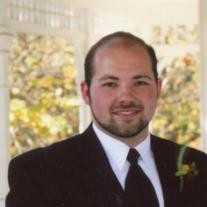 Jason Chapman Mr. Jason Steven Chapman, 26, of Washington, died Tuesday, September 18, 2012. A native of Washington, he was the son of the late Larry Jasper Chapman and Stephanie Goldman Chapman. Jason was a graduate of WWCHS Class of 2005, where he was a member of the Wrestling Team, a 4-H Volunteer, FFA Officer, Vice President, Livestock Exhibitor and Forestry Judging Team Member. He earned an Associates of Science in Agriculture at Abraham Baldwin Agricultural College, a Bachelor of Science at UGA where he minored in Animal Science and majored in Ag Communications and a Masters in Agricullture Leadership. Jason was Student Government President at ABAC and was awarded the “Spirit of ABAC Award” by the ABAC Alumni Association. He was in the Georgia Beef Board Summer Internship Program and was a volunteer for the Georgia Cattleman’s Association, did apprenticeship teaching at Oglethorpe County High School and was a substitute Teacher for the Board of Education. While in college, he was employed at the State Botanical Gardens in Athens and was currently employed by Otter Creek Gardens. Jason was an active member of First Baptist Church of Washington, where he participated in many activities including Youth Mission Trips. He was also a member of the Young Men’s Sunday School Class. In addition to his Father, Jason was preceded in death by his Maternal Grandfather, Alex Steve Goldman and Paternal Grandparents, Mattie and Hurschel Chapman. Survivors include his Mother, Stephanie Goldman Chapman, Washington; Sister and Brother in Law, Audra and Justin Armour, Rayle; Maternal Grandmother, Audrey Goldman, Lincolnton; and niece, Addie Armour. Graveside services will be Thursday at 11:00am in Resthaven Cemetery with Rev. Kevin Madden, Rev. Chris Townsend and Rev. Jacquelyn Johnson officiating. The family will receive friends at the funeral home Wednesday evening from 5:00 – 8:00pm IN LIEU OF FLOWERS, the family requests memorial contributions be made to the First Baptist Church Youth Program. P.O. Box 603, Washington, GA 30673.

Jason Chapman Mr. Jason Steven Chapman, 26, of Washington, died Tuesday, September 18, 2012. A native of Washington, he was the son of the late Larry Jasper Chapman and Stephanie Goldman Chapman. Jason was a graduate of WWCHS Class of 2005,... View Obituary & Service Information

The family of Mr. Jason Steven Chapman created this Life Tributes page to make it easy to share your memories.

Send flowers to the Chapman family.