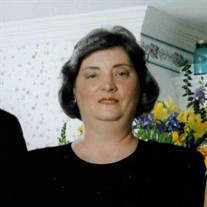 Laverne Ann Kilgore was born on March 5, 1949, in Cedartown, Georgia. She later moved with her family to Atlanta, Georgia, and lived on Highland Avenue, which is now at the intersection of the Presidential Parkway. Laverne attended Highland Elementary School, and graduated from Bass High School in Atlanta, Georgia. Pursuing a degree in Education, she graduated from West Georgia College in Carrollton, Georgia. She was a long-time member of Druid Hills Baptist Church in Atlanta, Georgia, participating in Girls Auxiliary, Children’s Choir, and youth activities. Her career as an educator began in Washington, Georgia, teaching first grade at Washington Primary. She is remembered fondly by many former students and colleagues at Wilkes Academy where she taught kindergarten and several grade levels until the school closed. Laverne spent many after school hours as a coach and sponsor of several sports and activities. She adored her students and was a dedicated teacher providing special lessons and making things for them to enjoy. She has also been a long-time member of Ebenezer Baptist Church in Washington stating that this was a place where the members truly cared for each other. She worked at Leard’s Florist and Hendricks Florist in Washington, Georgia creating the window scenes for the holidays and seasons. She designed many special arrangements to celebrate her parent’s 50th anniversary and her brother, Terry, and sister-in law, Dolly’s 25th anniversary in Roswell, Georgia. Christmas was her favorite holiday and she always made sure the Kilgore family home in Atlanta was festively decorated just after Thanksgiving. Laverne was always caring for others, helping them with parties, checking on those that were sick, sending cards, and offering to assist where she saw a need. She was often more generous than she could afford to be, and never wanted to be the center of attention. As her health started to fail, she was so grateful for those who cared for her. Every phone call, card, plate of food, homemade biscuit, trip to the grocery, ride to the doctor, pharmacy delivery, post office trip, flower and plant, hospital and home visit, basket of laundry, house cleaning, and car repair was special to her. She was so grateful to these friends who were her Washington family. She was preceded in death by her parents, Herschel and Loretta Kilgore, and is survived by her brothers, Lamar and Terry (Dolly). The Kilgore family wishes to thank friends and family for your outpouring of support through these difficult days. Your love has been shown in so many ways including words of encouragement, gifts of food, cards, flowers, offers of support, and most of all your prayers. For these we are so appreciative. The Celebration of Life for Laverne Ann Kilgore will be Saturday, January 26, 2019, at 11:00 am at Ebenezer Baptist Church, 3519 Thomson Road, Washington, GA 30673. Reception to follow in the church fellowship hall. Donations may be made to Ebenezer Baptist Church.

Laverne Ann Kilgore was born on March 5, 1949, in Cedartown, Georgia. She later moved with her family to Atlanta, Georgia, and lived on Highland Avenue, which is now at the intersection of the Presidential Parkway. Laverne attended Highland... View Obituary & Service Information

The family of Miss Laverne Ann Kilgore created this Life Tributes page to make it easy to share your memories.

Send flowers to the Kilgore family.