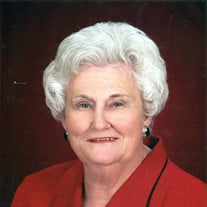 Mrs. Margaret Rousey Connor, 88, formerly of Berkshire Dr. in Washington, died Wednesday, October 14, 2015, at Wills Memorial Hospital. Mrs. Connor was born in Tignall, GA, was the daughter of Marvin M. Rousey and Elise Jones Rousey, and was the widow of Mr. Pete Connor. She worked at Almar Manufacturing Co. for a number of years, and was a member of the First Baptist Church in Washington. She was a member of the Volunteer Sunday School Class. Her family wishes to offer a huge debt of gratitude to the angels at the Tignall Home and especially to Amy, Mike, and Nicholas Karamihalis. They made her final years a time of peace and laughter, and for that the family will be forever grateful. Mrs. Connor is survived by one son, Greg Connor (Frances), of Alpharetta; two grandsons, Adam Gregory Connor (Erin), of Cumming, and West Thomas Connor, of Alpharetta; one granddaughter, Jennifer Frances Connor, Danville, KY; and one great grandson, Grayson Connor. Memorial contributions may be made to the Washington First Baptist Church, P.O. Box 603, Washington, GA 30673.

The family of Mrs. Margaret R. Connor created this Life Tributes page to make it easy to share your memories.

Send flowers to the Connor family.