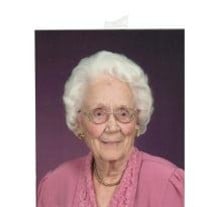 Mrs. Mary Wright Latimer Blue, 106, died November 14, 2011 in Washington Manor. A native of Washington, Georgia, she was the daughter of the late William Robert and Mary Martia Sims Latimer. Mrs. Blue was retired from the Veteran’s Administration where she worked as a secretary. She was a member of First Baptist Church of Washington, The Woman’s Club, DAR, Mary C. Reid Baptist Women, Friends of the Library and the Historical Society. She was preceded in death by her husband, Roland Earle Blue. Survivors include three nephews, William Latimer, III, of Lincolnton, Milton Roberts, of Washington and King Phelps, of Portland Oregon; two nieces, Anne Latimer, of Atlanta and Mary Mellen, of Birmingham, Alabama; and a number of great nieces and nephews. Graveside services will be Thursday, November 17th at 3:00pm in Resthaven Cemetery with Rev. Albert Huyck and Rev. Kevin Madden officiating. In lieu of flowers, memorial contributions may be made to the Mary Willis Library, 204 E. Liberty St., Washington, Ga. 30673

The family of Mary Wright Blue created this Life Tributes page to make it easy to share your memories.

Send flowers to the Blue family.