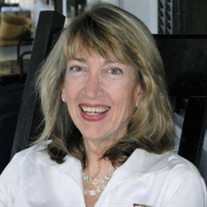 After a miraculous 12 year battle dealing with the effects of pancreatic cancer, Sharon Reed Phillips Liggett, passed away peacefully on March 20, 2022. She is survived by: her husband Harold Liggett of Washington, GA, sister Mary Beth Nolan of Richmond, VA and niece Bridget MacNeill Nolan of Portland, Or. Her ill health never stopped her from doing the things she loved and many members of the Washington, GA community became quite use to seeing her around town using her trusty 3 wheel walker. Sharon’s early career centered around her love of music and she was the lead singer of an Atlanta band called “The Strays”. She then went on to have a successful solo career playing in many venues up and down the east coast. During the late 80’s Sharon worked for the Atlanta Chamber of Commerce and played an integral role in bringing the 1996 Summer Olympics to Atlanta. Her last career was working for Worldspan/Travelport where she retired after 16 yrs. She was a Manager of Employee Communications which included event planning for global worldwide meetings which gave her many opportunities to nourish her love of travel. While at Worldspan she returned to college to achieve a Bachelor’s degree in Film and Video Studies and graduate with honors from Georgia State University. After retirement, she and her husband moved to Washington, GA where they enjoyed the pleasures of small town living such as participating in Mule Day, singing in the church choir, Bible study, gardening, cooking, and traveling around the south with her girlfriends. Sharon will always be remembered for her quick wit, intelligence, attention to detail and most of all her incredible laugh. She touched many lives and will be missed forever. Sharon requested in lieu of flowers make donations to: First United Methodist Church P.O. Box 518, Washington, GA 30673 Washington-Wilkes Animal Shelter 358 Brown Rd, Washington, GA 30673 Service will be Saturday, March 26th at 2:00 at First United Methodist Church, 102 W Liberty St. Washington, GA 30673. Gathering of friends after the service in the church’s Fellowship Hall.

After a miraculous 12 year battle dealing with the effects of pancreatic cancer, Sharon Reed Phillips Liggett, passed away peacefully on March 20, 2022. She is survived by: her husband Harold Liggett of Washington, GA, sister Mary Beth Nolan... View Obituary & Service Information

The family of Mrs. Sharon Reed Phillips Liggett created this Life Tributes page to make it easy to share your memories.

After a miraculous 12 year battle dealing with the effects of...

Send flowers to the Liggett family.