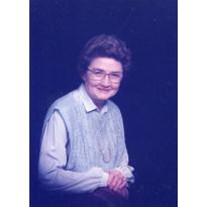 Mrs. Catherine D. Edwards Hopkins, 85, of Washington, entered into rest on Friday, June 1, 2012 at home with her family. She was preceded in death by her first husband, Colon S. Edwards, Sr. in 1965. She was also preceded in death by her second husband, Austin W. Hopkins in 2001. Born January 15, 1927 in Sharon, Georgia, to George Bernard Darden, Sr. and Leona Belle Pate Darden. She was the tenth of eleven children. Her parents and all of her siblings preceded her in death. Catherine attended Alexander Stephens Institute in Crawfordville where she graduated as class salutatorian in 1943. She was a devout member of St. Joseph Catholic Church in Washington, GA. Where she loved to care for the gardens and tend to the duties of her church. She was an active member of the Ladies Altar Society and always participated in their projects and fundraisers, especially the church bake sales. She had a reputation as an excellent cook and baker, and her cookies, pies, cakes, jams, jellies, pickles and relishes were always sought out and big hits at the sales. Catherine was a wonderful homemaker, but also had a career outside the home. Over the span of 49 years, she worked for several local manufacturing firms, Royal Mfg. Co., then Almar Mfg., and finally retiring from Hexel-Schwebel in 1996. She is survived by four sons, Colon S. Edwards, Jr. (April), Robert D. Edwards, Thomas Eugene “Gene” Edwards (Cheryl) all of Washington, and Michael A. Edwards (Kristen) of Cumming, Ga. She is also survived by a step-son, Rev. Sid Hopkins (Janice) of Atlanta, GA. and a step-daughter, Barbara H. “Bobbie” Smith of Athens, Ga., thirteen grandchildren, eleven great grandchildren and numerous nieces and nephews. She was predeceased by a granddaughter, Lauren A. Edwards. The family will receive friends at Hopkins Funeral Home on Sunday, June 3rd, from 5:00 – 7:00pm. The Rosary will be prayed after the visitation. A funeral mass will be held at St. Joseph Catholic Church, Washington, Ga. on Monday, June 4th at 11:00a.m. Father Chris Williamson will be the Celebrant. A Committal Service and Interment will follow in Resthaven Cemetery with Rev. Sid Hopkins officiating. Serving as pallbearers will be her sons, Colon Edwards, Jr., Robert Edwards, Gene Edwards, Michael Edwards, and grandsons, Ryan Edwards and Rodney Holloway.

The family of Catherine Edwards Hopkins created this Life Tributes page to make it easy to share your memories.