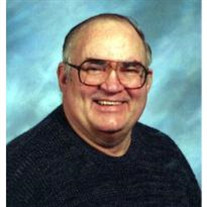 Charles Fredrick Brown (Downtown Freddy Brown), 63, died Thursday morning, August 19, 2010, at Wills Memorial Hospital. Mr. Brown was a native of Athens, and was the husband of Peggy Dehil Brown. Freddy was a gifted musician who seemed happiest when pleasing others with his unique musical talents. He was the son of the late Charles and Mabel Hardy Brown, and was a member of the Smyrna United Methodist Church. Mr. Brown is survived by his wife, Peggy D. Brown, of the home; three sons, Shannon Brown, of Nicholson, Andy (Momoe) Brown, of Japan, and Timothy Ray, of Washington; two daughters, Melissa Shelton, of Nicholson, and Margaret Anne (Joey) Locklair, of Thomson; one brother, Randall Brown, of Jasper; five granddaughters, Faith, Hope, and Charity Shelton, Mia Brown, and Madison Brown; and three grandsons, Kevin Brown, Dominic Ray, and Hunter Locklair. A Celebration of Life Memorial Service will be held Sunday, August 29, 2010 at 2pm in Smyrna UMC followed by a jam session/sing-a-long. The family will receive friends at the church beginning at 1pm on Sunday.

The family of Charles Fredrick Brown created this Life Tributes page to make it easy to share your memories.

Send flowers to the Brown family.