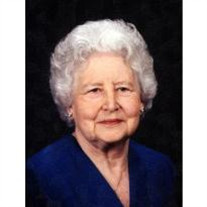 Dr. Sophia Boyd Bamford Dr. Sophia Boyd Bamford, age 96, died peacefully at her home in Tignall, Georgia, on May 10, 2009. She was born on January 7, 1913, in Tignall, the daughter of Emory Fortson Boyd and Rosa Wright Boyd. She graduated from Tignall High School in 1928, and received B.S. and M.S. degrees from University of Georgia in 1932 and 1933, respectively. She taught at Middle Georgia College in Cochran, Ga., Grenada College for Women in Grenada, MS. and Tignall and Washington, GA, high schools. She married Thomas Leslie Bamford, of Rochester, NY, in 1936. After World War II she trained at the Medical College of Georgia in the new field of Exfoliative Cytology, learning techniques for microscopic detection of cancer. In 1953 she moved, with her husband and daughter, to Boston, MA, where she was a staff cytologist at New England Medical Center Hospitals. She later attended Tufts University School of Medicine, receiving her M.D. degree in 1961, and continued her research and teaching in the fields of cytology and cytogenetics. On behalf of the Department of State, Agency for International Development, she established cytology laboratories in Jamaica and Ecuador, and she was a consultant for the National Institutes of Health. In 1973 Dr. Bamford moved back to Wilkes County to practice medicine, during which time she served on the Board of the Georgia Division of the American Cancer Society, and was recognized nationally for her work in organizing free cancer clinics for men and women. After retiring in 1987, she was active in preserving the area’s historical legacy, establishing the North Wilkes Library and Museum, and organizing a lecture series on Georgia history, for which she received the Georgia Humanities Award. She was a member of Pilot International, National Society of Colonial Dames, National Society of Daughters of the American Revolution, and United Daughters of the Confederacy. She was a member of Independence United Methodist Church, Tignall, GA, where she taught Sunday School and played the organ. Sophia is survived by her daughter, Dr. Sarah Bamford Pelot, her son-in-law, Captain Kent B. Pelot, U.S. Navy (Ret.), Washington, DC, and her grandchildren, Lara Sophia Pelot, Sierra Vista, AZ, and Devin Bamford Pelot, Washington, DC. A memorial service to celebrate the life of Sophia Boyd Bamford will be held at 4 p.m. on Thursday, May 14, at Independence United Methodist Church, Tignall, Rev. Marvin Mason officiating. Relatives and friends are welcome at the Hopkins Funeral Home, 416 E. Robert Toombs Ave., Washington, GA, on Wednesday, May 13, between the hours of 6 and 8 p.m. Memorial funds have been established in her name for Independence United Methodist Church, P.O. Box 248, Tignall GA 30668, North Wilkes Library and Museum, P.O. Box 121, Tignall GA 30668, and the Washington-Wilkes Animal Shelter, P.O. Box 7, Washington GA 30673.

The family of Dr. Sophia Bamford created this Life Tributes page to make it easy to share your memories.

Send flowers to the Bamford family.