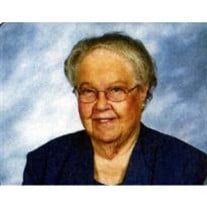 Mrs. Gertrude Echols Tyler, 88, of Washington, Georgia passed away on September 1, 2008 at Heritage Health Care in Washington. She was born March 23, 1920 in Philomath, in Oglethorpe County, Georgia. She was preceded in death by her husband, Richard Alexander Tyler; sisters, Lois Rutherford of Union Point, Ga. and Wynelle Broome of Washington, Ga. and a brother Ben Thomas Echols of Philomath, Ga. Survivors include her son, Douglas Richard Tyler and wife, Juanita of Norcross, Ga. and grandsons, Blaine Alexander Tyler and Russell Wilkes Tyler both of Norcross, GA.; sister, Marjorie Tyler, Washington; two brothers, Elliott Joseph Echols of White Sulphur Springs, W. Virginia and David Austin Echols and wife Donnie of Philomath, GA; many nieces and nephews and many friends. Gertie, as known by many, was a faithful and devoted membe of First United Methodist Church, the Willing Workers Sunday School Class, the Young At Heart Group, Past President of Woodman of the World Lodge #1026 and Emeritus member of the Washington Pilot Club. She was a past president of the Morning Circle of United Methodist Women. She was longtime member of the First United Methodist Chancel Choir. She was very instrumental in starting the Food Pantry in Washington and was an active volunteer for many years. She was elected 'Wilkes County Woman' of the year in 1963. A celebration of her life will be held on Thursday, September 4, 2008 at 11:00am in the First UMC with the rev. Gale Seibert and Rev. George Wright officiating. Interment will follow in Resthaven Cemetery in Washington, GA. Blaine Tyler, Russell Tyler, Brad Tyler, Alex Tyler, Dee Lindsey and Perry Echols will serve as pallbearers. Members of the Willing Workers Sunday School Class will serve as honorary pallbearers. The family will receive friends Wednesday, September 3, 2008 from 6-8pm at Hopkins Funeral Home. Memorial contributions may be made to First UMC, P. O. Box 518, Washington, GA30673

Mrs. Gertrude Echols Tyler, 88, of Washington, Georgia passed away on September 1, 2008 at Heritage Health Care in Washington. She was born March 23, 1920 in Philomath, in Oglethorpe County, Georgia. She was preceded in death by her husband,... View Obituary & Service Information

The family of Gertrude Echols Tyler created this Life Tributes page to make it easy to share your memories.

Send flowers to the Tyler family.