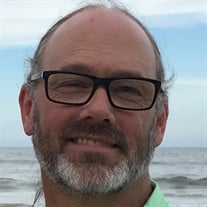 Jeffrey Lucas Hackney, 57, of Lovelace Way in Washington, entered into rest on Monday, February 7, 2022, in Hartwell, Ga.  Jeff was born in Atlanta, Ga., on July 7, 1964. He is survived by his wife, Shawn Carlan Hackney, of Washington, GA; his three sons: Adam Hackney, of Toledo, OH, Alex Hackney (Zoey), of Commerce, GA, and Austin Hackney (Sydney), granddaughter, Collins Marie of Dallas, GA; his mother, Mildred Lucas Hackney, of Washington, GA; his brothers: Jerry M. Hackney, Jr. (Helen), of Washington, GA, and Jim Hackney (Christy), of Marietta (GA); and numerous nieces and nephews. He was preceded in death by his father, Mr. Jerry M. Hackney, Sr. He lived in Washington for most of his life and was a devout member of the Washington First Baptist Church.  Jeff graduated from Washington Wilkes High School in 1982, graduated with honors from Dekalb Community College in 1984, and completed his EMT and Paramedic education at Athens Technical School in 1991. Jeff worked as an Automotive Master Technician in Marietta, Ga., before returning to Washington in 1992 to begin a full-time career in EMS. Jeff worked for Wilkes County EMS and Wills Memorial Hospital for many years, and also worked for Elbert County EMS. Jeff continued his education and experience by taking a position with MedServ GA as a flight paramedic in 1995. He most currently held the position of Pediatric Critical Care Flight Paramedic at Children’s Healthcare of Atlanta. Jeff joined the Washington Fire Department in 1986, was promoted to lieutenant in 2011, and retired from the Fire Department on June 18, 2020. He was also a certified rescue diver and was highly skilled in all aspects of Technical Rescue.  Jeffrey Lucas Hackney was a rare individual found in today’s time. In a world of chaos, he was an angel of comfort. For many, it was literally landing from the sky to pick them up and fly them to Children’s Healthcare for treatment. For some, it may be while they were being brought into the ER at Wills Memorial for an emergency, or it may have been at a residence being treated and transported in a Wilkes County Ambulance. For others, it may be at a structure fire or a roadside ditch at an accident from his time he dedicated to the Washington Fire Dept. For Jeff, it didn’t matter where he was, or which hat he was wearing at the time, he was one hundred percent dedicated while he was doing it. Many people have been benefited by his presence. He instructed many EMT students on patient care and taught many classes. Jeff was totally committed to his work and helping others. But most of all on top of all his dedications was his commitment to his family. He was a loving husband, father, grandfather, father-in-law, son and brother. He loved H3 Farm where he spent his spare time working on projects, enjoying the peacefulness of the countryside, and spending quiet time with his family. To know Jeff was to love him and if you knew him, you were definitely blessed.  Funeral services will be 2:00pm Sunday, February 13, 2022 at Edward B. Pope Center with Rev. Kevin Madden and Dr. Phil Pilgrim officiating.  Active pallbearers will be Scott Smith, Robert Stevens, Kevin Tucker, Matthew Hackney, Bruce Bailey, Fernando Villalobos, Daniel Hackney and Brad Tucker.  Honorary pallbearers will be the Washington Fire Department, Wilkes Co. EMS and Children’s Healthcare of Atlanta Flight Team- Transport Team  In lieu of flowers the family requests donations be made to Children’s Healthcare of Atlanta Foundation. Please designate in honor of Jeff Hackney-Transport Team. Gifts can be made online at www.choa.org/tributes (Please select “Where the need is greatest.”) or mailed in: Attn: Latrice Clark Jordan, 1575 Northeast Expressway, Atlanta, GA 30329.

Jeffrey Lucas Hackney, 57, of Lovelace Way in Washington, entered into rest on Monday, February 7, 2022, in Hartwell, Ga.  Jeff was born in Atlanta, Ga., on July 7, 1964. He is survived by his wife, Shawn Carlan Hackney, of Washington, GA;... View Obituary & Service Information

The family of Mr. Jeffrey Lucas Hackney created this Life Tributes page to make it easy to share your memories.

Send flowers to the Hackney family.