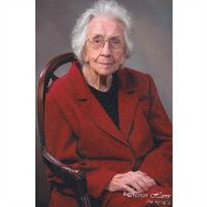 Mrs. Martha Carlyon Wells, 94, of Washington, died December 27, 2010, in Harpers Assisted Living. She was a native of Washington, Georgia, the daughter of the late Thomas Bradshaw and Emmie Cliatt Carlyon. She was a retired seamstress and... View Obituary & Service Information

The family of Martha Wells created this Life Tributes page to make it easy to share your memories.

Send flowers to the Wells family.