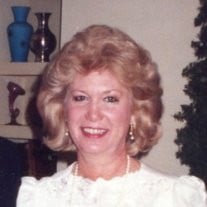 Mary Craven Mrs. Mary Hines Craven, 73, died September 21, 2013 at her home in Washington, GA. She grew up in Hogansville, Georgia where she graduated from Hogansville High School. She graduated from the University of Georgia where she was a member of the Kappa Delta Sorority. Mary was baptized in the First Methodist Church in Hogansville and was affiliated with the Church of the Mediator of the Episcopal faith in Washington. She was an active member of the Friends of the Georgia State Parks and the Iris Garden Club. She was preceded in death by her husband, Gary R. Craven, parents, John R. and Mary Gilbert Hines, grandparents, Edmond M. and Lula Levens Hines of Hogansville and Dr. Robert B. and Marilu Irvin Gilbert of Greenville, Ga. and brother, John R. Hines, Jr. Mary was a devoted grandmother not only to her own grandchildren but also a surrogate grandmother to children throughout the community. She actively supported and attended the extra-curricular and sports activities in which they were involved. Graveside services will be Wednesday at 3:00pm in Resthaven Cemetery. Survivors include two daughters, Christy Massey and Mandy Hughes, both of Washington; grandsons, Payton and Tanner Massey and granddaughters, Cheyenne and Kaylee Whisnant; one niece, Margaret ‘Peggy’ Hines, of Charleston, S.C. The family will receive friends Tuesday evening from 6 – 8pm AT MARY’S HOME, 402 N. Alexander Ave. Memorial contributions may be made to Friends of Georgia State Parks, 199 S. Erwin St., Suite 100, Cartersville, GA 30120 in memory of Mary Craven. Arrangements are in the care of Hopkins Funeral Home. Hopkinsfuneralhome.com

The family of Mrs. Mary Craven created this Life Tributes page to make it easy to share your memories.

Send flowers to the Craven family.