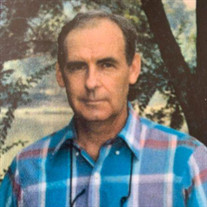 Mr. Robert Glenn Rhodes, 81, of Tignall, entered into rest Wednesday evening, March 30, 2022, at Harper’s Personal Care Home. Mr. Rhodes was born in Tignall, Ga. on September 20, 1940, to the late Samuel Hawes Rhodes, and Annie Ruth Dye Rhodes. He graduated from the Washington-Wilkes High School in 1958, then went on to graduate from North Georgia Technical School in Clarkesville. He later worked for the Georgia Dept. Of Transportation in Atlanta for 10 years. Glenn was a former Mayor of Tignall, and continued his love for this town and his family the rest of his life. When the town of Tignall was mentioned, the name Glenn Rhodes would pop up. Glenn was a permanent fixture in the town of Tignall. He was the owner/operator of the Tignall Hardware Store since 1983. People from all over the state and beyond knew of the Tignall Hardware Store if they had ever traveled through. He was always associated with Tignall, and the Hardware Store was a regular meeting place for the men around town. And of course, Glenn enjoyed talking with them all. Anything needed could be found in his store, and Glenn knew exactly where to find it, He was preceded in death by three sisters, Nita R. Riley, Jenny Ruth R. Lindsey, and Peggy R. Callaway; and by three brothers, Jack Rhodes, Marion (Bubba) Rhodes, and Sam H. Rhodes, Jr. He was a member of the Tignall Baptist Church. Mr. Rhodes is survived by two sisters, Olivia R. Norman, of Lincolnton, and Phyllis R. Drake (Chan), of Washington; by two brothers, Freddie Rhodes (Barbara) and Charles Rhodes (Mary), both of Washington; and by numerous nieces and nephews and great nieces and great nephews. The family would like to express their gratitude to Harper’s Personal Care Home and their staff for the excellent loving care and attention that they provided during Mr. Rhodes stay. Memorial services will be held at 2:00pm Sunday, April 3, 2022, at the Hopkins Funeral Home Chapel with Rev. Ficklen Guinn officiating. Memorial contributions may be made to the North Wilkes Steering Committee, P.O. Box 416,Tignall, GA 30668. Hopkins Funeral Home is honored to serve the family of Robert Glenn Rhodes.

The family of Mr. Robert Glenn Rhodes created this Life Tributes page to make it easy to share your memories.

Send flowers to the Rhodes family.