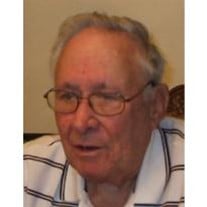 Robert Theis Mr. Robert L. Theis, 84, of Washington, died October 9, 2009 in Wills Memorial Hospital. He was a native of Hastings, Nebraska, the son of the late Frank and Hattie Gilsdorf Theis. Mr. Theis was a retired Management Analyst for... View Obituary & Service Information

The family of Robert Theis created this Life Tributes page to make it easy to share your memories.

Send flowers to the Theis family.