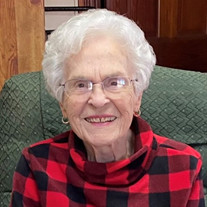 Mrs. Rosalyn Virginia Rives Adams, 92, of Lincolnton Rd., entered into rest Saturday evening, February 26, 2022, at Wills Memorial Hospital. Mrs. Adams was born in Taliaferro County on July 18, 1929. She was the widow of the late Carl Daniel Adams, Sr., and was the daughter of the late Charles Wingfield Rives and Bertha Johnson Rives. She had worked as a bookkeeper and eventual owner of Clary Furniture and Appliance Store. She was a member of the Washington First Baptist Church. She was preceded in death by her sister, Charlotte Nelle Rives Somerville, and by her brother, Claude Donald Rives. She was survived by two daughters, Lynn Adams Welsh, and husband Dr. William Welsh, of Augusta, and Charlotte A. Hyatt, and husband Jim Hyatt, of Rutherfordton, NC; one son, Carl Daniel(Dan) Adams, Jr., and wife Jere, of Atlanta; three grandchildren, Sarah Lynn Hyatt,, Daniel Hyatt, and Rachel Hyatt; and one nephew, Doug Somerville. Funeral services will be at 11:00a.m. on Tuesday, March 1, 2022, at the Hopkins Funeral Home Chapel with Rev. Jim Newsome officiating. A private committal service (FAMILY ONLY) will follow at Resthaven Cemetery. There will be a visitation for one hour prior to the funeral service (10;00a.m.-11:00a.m.) on Tuesday at Hopkins Funeral Home. Memorial contributions may be made to the State Employee Credit Union(SECU) Family House, University North Carolina Hospital, 123 Old Mason Farm Rd., Chapel Hill, NC (This is where Rosalyn and Lynn stayed during Charlotte’s illness in 2009), or to the Tignall House, 185 South Hulin Ave., Tignall, GA 30668. The family would like to express their gratitude to the Tignall House and their staff, and to Wills Memorial Hospital, for the excellent loving care that they provided during her stays at both places. Hopkins Funeral Home is honored to serve the family of Rosalyn R. Adams.

The family of Mrs. Rosalyn Virginia Adams created this Life Tributes page to make it easy to share your memories.

Send flowers to the Adams family.